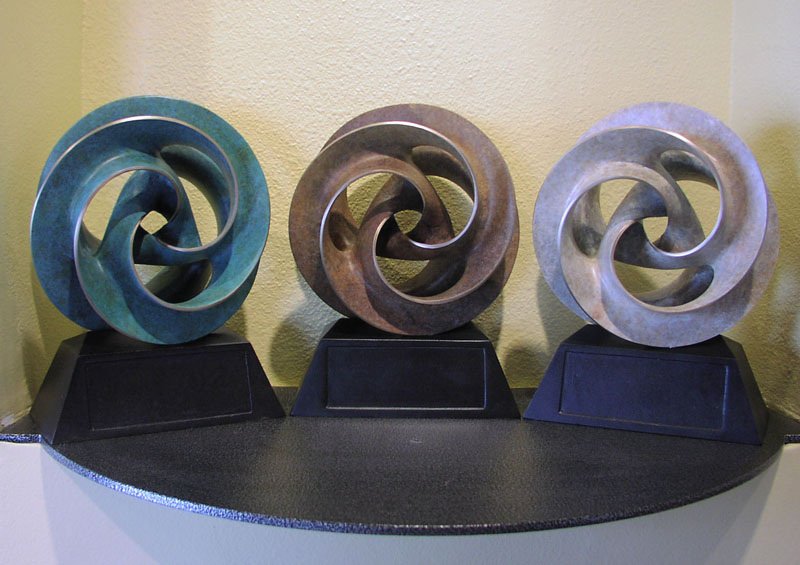 On the occasion of its 25th anniversary in 2004, Eurographics decided to establish the Eurographics Awards Programme. The goal of the programme is to recognize, highlight, and promote computer graphics research in Europe. It was extended in 2011 and 2018 and now counts six different awards.

These awards are presented at the annual Eurographics conference and recognize individuals who have significantly advanced the field of computer graphics:

Each year, these awards are presented at the opening ceremony of the annual Eurographics conference, and winners receive a special award trophy, specifically designed for this occasion by Carlo Sequin. Details on the design and manufacture of the Eurographics award trophy can be found in a presentation created by Carlo Séquin.

Nominations: EG Members and any member of the graphics research community may nominate individuals for the three award categories by contacting the awards chair, Roberto Scopigno (roberto.scopigno@isti.cnr.it). Candidates for the Young Researcher Award in year N must have finished their PhD in the year N–6 or later.

To complement these Research Awards, Eurographics created the PhD-Award in 2011. Three awards are granted every year for Computer Graphics PhD theses finalized or defended in Europe or a Eurographics country. The aim is to recognize good thesis work, to incentivize young researchers, and to offer them the opportunity to publish the state of the art section of their thesis as a STAR in the Computer Graphics Forum Journal. The past chairs of the PhD Thesis Awards committee were Pere Brunet and Paolo Cignoni; the current chair is Pierre Alliez.

Nominations: Individuals may be nominated for the award by contacting the PhD Thesis Awards chair, Pierre Alliez (pierre.alliez@inria.fr).  The required documentation includes the thesis, the available thesis reports, and a short CV of the candidate.

Eurographics established in 2016 the Gold Medal Award, granted to individuals who have made exceptional contributions to the goals of Eurographics (both scientific and organizational). The responsible person for this award is Hans-Peter Seidel.

To give emphasis to an expanding theme, an award dedicated to research on Visualization was created in 2018. The EuroVis Young Researcher Award is given each year to one young researcher in the field who made a significant contribution to visualization in general and more specifically to the European visualization community.