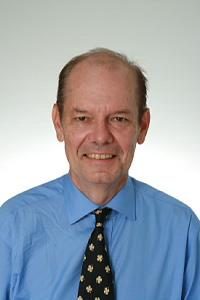 Daniel Thalmann receives the Eurographics Distinguished Career Award 2010 for his pioneering research on Virtual Humans, his leadership in establishing the VRLab at EPFL as a world class research center, and his continued and successful role in training young researchers in Computer Graphics.

He has given numerous talks and lectures worldwide and he has graduated more than 40 PhD students. He has also organized multiple SIGGRAPH and Eurographics courses on human animation and crowd simulation. Moreover, he was co-director of several computer-generated films with synthetic actors including a synthetic Marilyn shown on numerous TV channels all over the world.

Through his highly influential work and his widespread international activities, Daniel Thalmann has significantly advanced computer graphics research in Europe, and Eurographics is pleased to recognize Daniel Thalmann with its 2010 Distinguished Career Award.