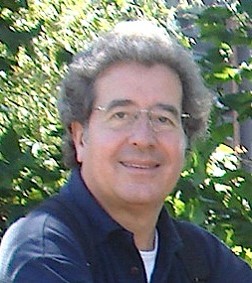 Pere Brunet is an active retired Full Professor in Computer Science at the Universidad Politecnica de Catalunya (UPC). He received his Ph.D. in Industrial Engineering from UPC in 1976 and was the head of the UPC Research Group in Modeling, Visualization and Computer Graphics from 1979 until 2011. He actively promoted the creation of the Virtual Reality Center of Barcelona. From 1988 to 1992 he was the Vice President for Research at UPC.

In his research Pere Brunet pioneered the use of hierarchical representations, discrete models and octrees for computer aided geometric design, solid modeling and virtual reality. With a first paper at Eurographics 1980, he produced a number of significant results on multi-resolution geometric models, on real-time navigation through highly complex virtual environments and on the implicit interaction in Virtual reality systems. His results have helped to shape the field and established him as a leading researcher worldwide.

Pere Brunet has played a key role in establishing computer graphics in Spain and Europe. His group was a pioneer on computer graphics research in Spain, leading afterwards to the creation of many other research groups in the country. Through decades, Pere Brunet has displayed strongest commitment to the Eurographics association and he has served in leading positions as its president in 2001-2002, long term member of the executive committee, founding chair of the Spanish chapter of Eurographics and also founding chair of the PhD awards committee. For the past five years he has acted as chair of the Eurographics Awards Programme.

Please join us in congratulating Pere for an outstanding career in computer graphics and to the Eurographics Medal 2018.