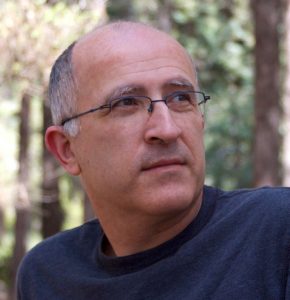 Dani has made numerous significant contributions in several areas of computer graphics, including photorealistic and non-photorealistic rendering, image-based modeling and rendering, texture synthesis, physically-based animation, high dynamic range tone mapping, and interactive manipulation and editing of images and video. He has always been committed to performing research that provides both theoretically sound and practical solutions to real-world problems and applications.

In his early work (1992-1996), Dani focused on fast and accurate algorithms for accurate global illumination. In his Ph.D. thesis he introduced a landmark discontinuity meshing approach, which for the first time enabled reproduction of accurate shadow boundaries in radiosity algorithms. This work has had significant impact on subsequent research in radiosity and shadow algorithms.

Together with his Ph.D. student Raanan Fattal, in 2002 he introduced a novel approach for tone mapping HDR images in the gradient domain. Beyond the immediate application to tone mapping, this work brought gradient-domain image and geometry processing techniques into the spotlight, influencing and inspiring a multitude of other works. Gradient-doman processing techniques have become a centrepiece of many recent influential algorithms in computer graphics and computational photography. They are one of the central tools that have shaped the domain. This work is very highly cited, and continues to inspire researchers even today.

His work with Anat Levin in 2004 on the colorization of grayscale images and video, as well as follow up work on interactive tone mapping, closed-form natural image matting, and edge-preserving decompositions have also had a deep impact on the field. The basic insights in this work, which introduced a new method for constraint propagation by solving a global optimization problem, have been used extensively in interactive image and video editing, popularizing the use of scribble-based manipulation, edge-aware processing, and image-guided optimization. This work has also inspired many researchers and continues to be extensively cited in computer graphics, computer vision and image processing literature.

The work mentioned above, together with a multitude of other projects, illustrate the outstanding technical contributions of Dani Lischinski to Computer Graphics. His papers were published in the top conferences and journals in the field, with over 5000 collective citations.

Dani has also been active in serving the computer graphics community at large. He has served on the program committees of all the major conferences in computer graphics (Eurographics, ACM SIGGRAPH, EGSR), and has co-chaired several of these (EGWR, Pacific Graphics). He is a member of the editorial board of ACM Transactions on Graphics, and has served as the chairperson of the Central Israel Siggraph Chapter.

Dani Lischinski has made several extraordinary contributions to the field of computer graphics. He is exceptional in that he has made not one, but several deep and insightful scientific contributions which have shaped and significantly influenced the field.