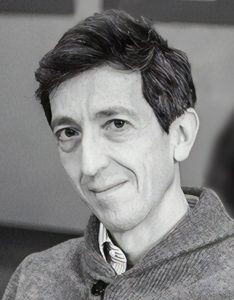 Paolo Cignoni is Research Director at CNR-ISTI and head of the Visual Computing Laboratory. He received his PhD in Computer Science at the University of Pisa in 1998. He is a fellow of the Eurographics Association and has been awarded the First Eurographics Young researcher award in 2004.
The research of Paolo Cignoni has been highly influential and is genuinely pioneering. His primary technical contributions cover the entire 3D content creation pipeline, from scanning, analyzing, and processing 3D geometry to visualizing and digitally fabricating geometric models.
His early work on mesh simplification and multi-resolution modeling has shaped the field of geometry processing in its early days. He has developed new algorithms to approximate geometric models with controlled error, thus enabling scalable processing of the large geometric data sets that emerged through the proliferation of 3D scanning technologies. His seminal paper Metro: Measuring Error on Simplified Surfaces (1998) is the third most widely cited paper appeared in Computer Graphics Forum (following WoS).
Beyond advancing theoretical concepts, Paolo Cignoni’s work is distinguished by high practical relevance. For example, his paper on Polycube-Maps has been quickly and widely adopted both in research and industry to simplify texture mapping on complex domains with easy integration on modern graphics hardware. He is the leading force behind the development of MeshLab, the popular open-source system for processing raw 3D meshes, with wide-ranging functionalities for editing, cleaning, inspecting, rendering, texturing and converting meshes. This exceptional effort has enabled numerous researchers and practitioners “to stand on the shoulders of giants”, by providing easy access to a wealth of geometric processing methods that have been developed by him and his team and within the broader scientific community.
Paolo Cignoni is also one of the pioneers of the emerging field of computational fabrication. He proposed innovative algorithmic solutions for the design and optimization of fabricable geometric models, ranging from micro-structures to large scale architectural designs, such as the Flexmaps Pavilion that was awarded the IASS Form and Force Competition Prize. He has applied his extensive expertise in 3D scanning, geometry processing, and digital fabrication to the field of Cultural Heritage. He proposed novel digital methods to accurately acquire, visualize, and physically replicate cultural artifacts, thus linking his technical research to questions of profound cultural and societal importance.
Paolo Cignoni is a highly prolific researcher who has published more than 200 papers. He is an active member of the scientific community where he regularly serves on major program committees as well as the editorial boards of many leading journals. He co-chaired the Eurographics conference in 2012 and is currently a member of the Executive Committee of the Eurographics Association and an EG Fellow.

Eurographics is pleased to recognize Paolo Cignoni with the 2021 Outstanding Technical Contributions Award.