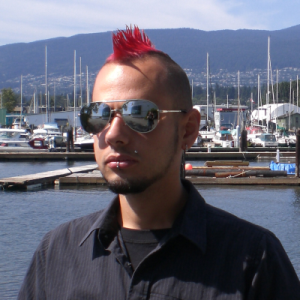 Stefan Bruckner received his Ph.D. in 2008 from the Vi­enna University o f Technology (VUT), Austria, supervised by Meister Eduard Gröller. He is currently an Assistant Pro­fessor at the Institute of Computer Graphics and Algorithms at VUT. In 2009/2010, he spent one year as a visiting Post­doctoral Fellow at Simon Fraser University, Canada.

He has published many papers with contributions predom­inantly in visualization and medical applications. His work has appeared in the most important journals and conferences of the field (EuroVis,  IEEEVisualization,  Eurographics).

His most significant contributions are in the field of illus­trative visualization. He has proposed novel volume visual­ization algorithms inspired by classical illustration allowing interactive and simultaneous inspection of interior and exte­rior structures while preserving clear shape cues.

Stefan developed the VolumeShop system for the interac­tive generation of high quality illustration directly from vol­umetric data fields, which has already had significant impact. This system allows the designer of an illustration to work directly on measured data and uses abstraction to reduce vi­sual clutter while revealing hidden detail. He also introduced the concept of style transfer functions to allow the flexible combination of different rendering styles. In addition, he de­veloped a context preserving volume rendering model as an effective alternative to conventional clipping techniques for explorative volume visualization. Finally, Stefan introduced the notion of isosurface similarity maps (Best Paper Award at EuroVis 2010), which quantify the mutual similarity be­tween all isosurfaces within a volumetric data set. This ap­proach opens several interesting directions for future inves­tigation.

Stefan Bruckner’s contributions represent a clear advance in the state of the art of the visualization field. He has pro­posed efficient algorithms with a well established theoreti­cal basis, clearly demonstrating the practical application of illustrative visualization.

Eurographics is pleased to recognize Stefan Bruckner with the 2011 Young Researcher Award.