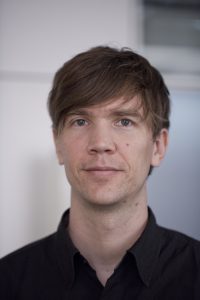 Alexander’s research is on the interface between Computer Graphics and Computer Vision. He has made significant contributions to such diverse areas as video and light field processing, stereoscopy, image-based rendering, 3D reconstruction, and 2D animation. He has published his work at the highest level in these fields, including several papers at top Eurographics and ACM SIGGRAPH events.

Besides 3D reconstruction, Alexander also explored other innovative approaches for processing image and video data. His work on the animation of 2D characters from a single image has inspired a significant body of followup work. He later developed techniques for content-aware image and video warping in the context of video retargeting, stereoscopic disparity remapping, and 2D to 3D video conversion.

In his more recent work he developed new methods for a variety of problems such as line drawing vectorization, stereoscopic camera control for 3D gaming applications and multi-perspective stereoscopic rendering.

Alexander’s research contributions are characterized by their topical breadth and technical depth. He is a highly active young researcher who has already published several influential papers in Computer Graphics.

Eurographics is pleased to recognize Alexander Hornung with the 2012 Young Researcher Award.