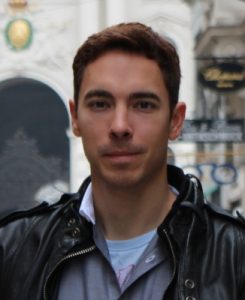 In his career Johannes has demonstrated a remarkably varied range of research interests. During just his graduate studies he produced influential publications in all the best venues (conferences and journals) on several diverse topics such  blue-noise sampling, synthesizing solid textures, mesh deformation, image filtering, and computational photography. Since then he has kept expanding his research into areas such as image-based rendering, vectorization, and navigation interfaces, among others.

One of his most prominent contributions is the Joint Bilateral Upsampling algorithm for image analysis and enhancement. Joint Bilateral Upsampling succeeds in producing better high resolution final images at a much lower cost than previous alternatives. This method is now considered a standard image-processing tool, just five years later. His work on solid texture synthesis from 2D exemplars consitutes a significant contribution by developing a clever way to extend the strength of 2D texture synthesis methods to synthesize solid 3D textures. The results show great variability of patterns and high overall image quality. This work as also had great influence in this domain, and inspired much follow-up work. Johannes has also played a central role in the development of solutions for viewing and enhancing very large “Gigapixel” images, which have opened new creative possibilities in high quality imaging.

Johannes’ work has always been marked by technical excellence and outstanding execution. In addition, he has demonstrated a superb taste for producing beautiful results. Many of his technical innovations are shown in the context of artistic and creative applications. Recent compelling examples include his results with “depixelizing” pixel art and reconstructing and animating comics from half-toned prints. His emphasis on the beauty of the images produced is a key element in his work, which contributes to its success and wide adoption.

Eurographics is pleased to recognize Johannes Kopf with the 2013 Young Researcher Award.