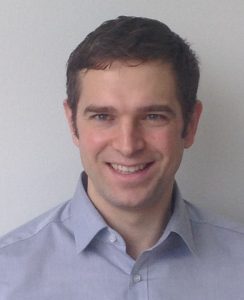 Matthias Niessner obtained his PhD in 2013 from the University of Erlangen-Nuremberg. He spent 2013-2017 at Stanford University as a Visiting Assistant Professor and has started a professor position at TUM Munich in 2017, where he established the Visual Computing Group. He is also co-founder and director of Synthesis Inc., a startup that aims to empower storytellers with AI-driven video synthesis.

He then pivoted his research focus to the topic of 3D reconstruction from various forms of image, video, and depth input data. His early work on real-time 3D reconstruction introduced an online system based on spatial hashing to adaptively distribute computational resources where most effective. He continues to innovate in the domain of 3D reconstruction with highly efficient and robust algorithms for challenging and ill-posed problems for static and dynamic scene reconstruction. One specific focus of his work in this domain is on human modeling, with several outstanding contributions on human face modeling, such as the Face2Face framework that set new standards in real-time face capture and reenactment and has been covered widely in the popular press and TV. More recently, he has made significant contributions to the field of applied machine learning for graphics and vision, in particular using deep learning methods to address such fundamental tasks as scene classification and segmentation, hole filling, or forgery detection. Matthias has won several past paper awards and the 2016 ACM SIGGRAPH E-Tech Award for best live demo. Since 2017 he is a TUM-IAS Rudolph Moessbauer Fellow, he received the Google Faculty Award for Machine Perception in 2017, the Nvidia Professor Partnership Award in 2018, and an ERC Starting Grant in 2018.

Matthias has an outstanding record of scientific achievements, including 24 ACM TOG papers, and only continues to accelerate. Just this year, he has five oral presentations at CVPR as another sign of incredible productivity at the highest level. His work has been highly influential and inspired numerous other researchers at the interface of graphics, vision, and AI.

Eurographics is pleased to recognize Matthias Niessner with the 2019 Young Researcher Award.